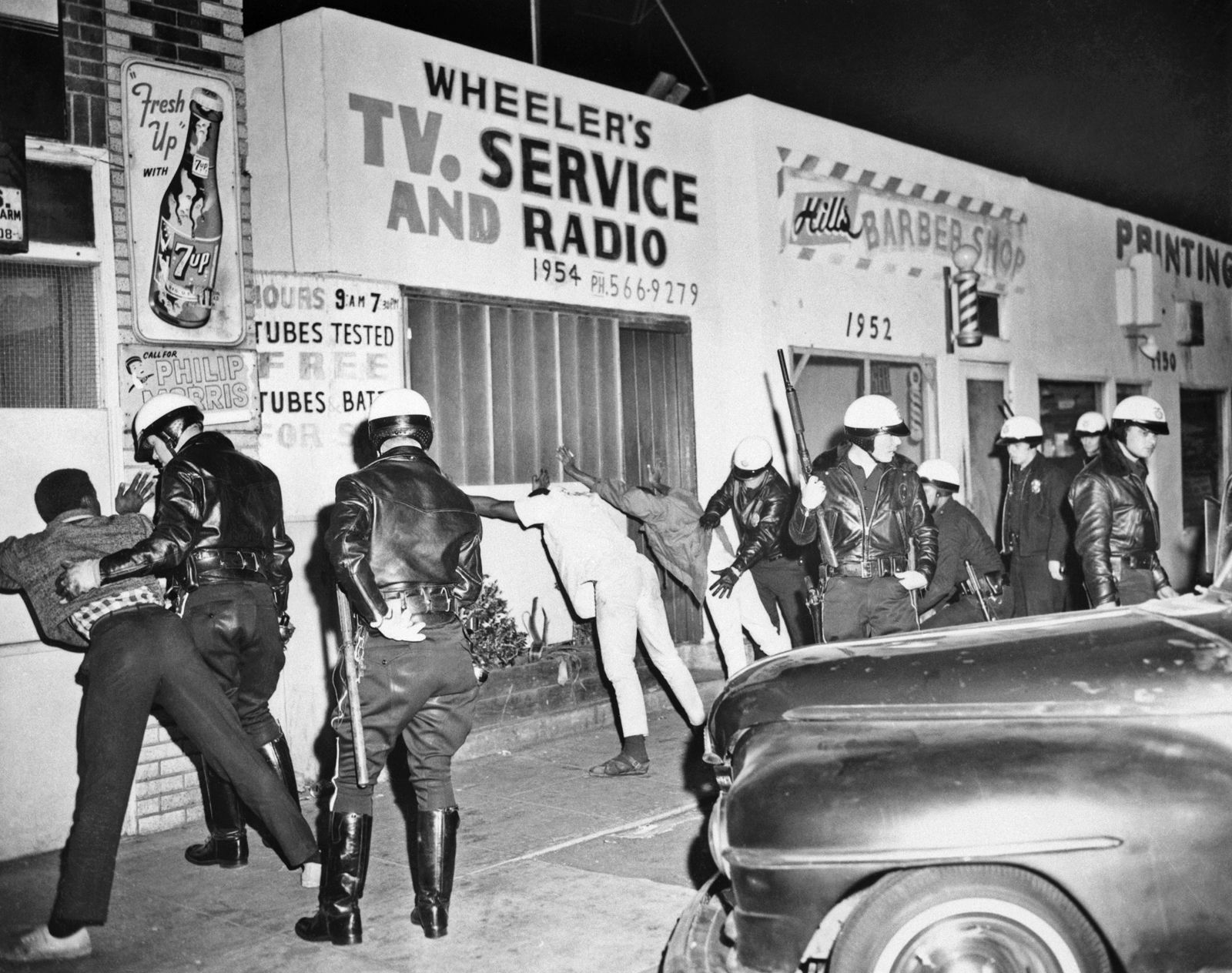 The riot in the largely black Watts district of Los Angeles involved up to 10,000 people.

Thirty-four people, most of them black, were killed. Nearly 4,000 people were arrested.

Whole blocks were burned, with nearly 1,000 buildings damaged or destroyed. Damage was estimated at over $200 million.