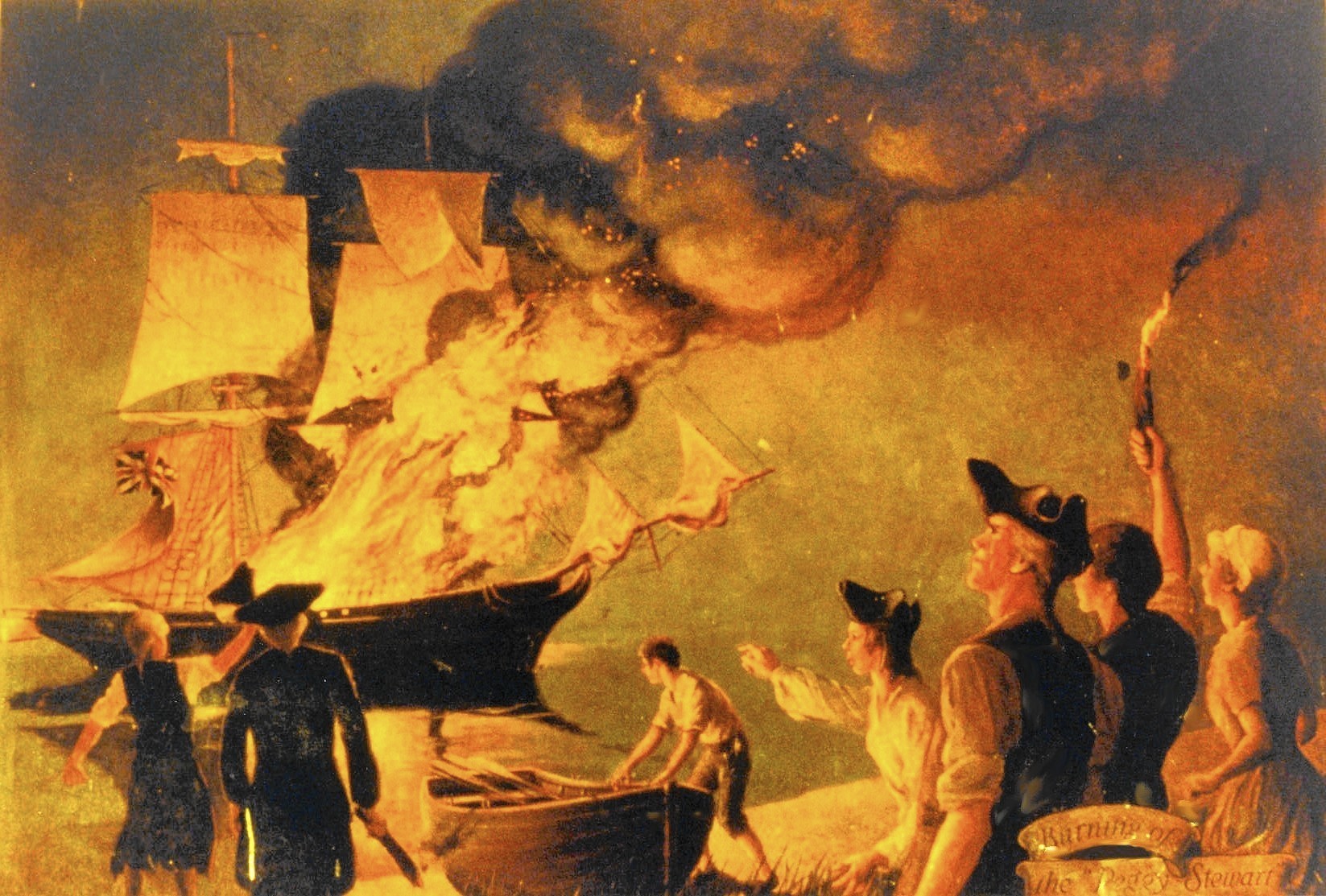 The “Peggy Stewart Tea Party” took place in a colony in Maryland.

The burning of the tea ship Peggy Stewart was inspired by the Boston Tea Party of December 16, 1773.

Like its more famous counterpart, this act of destruction was committed to protest British duties on tea and the monopoly of the British East India Company.