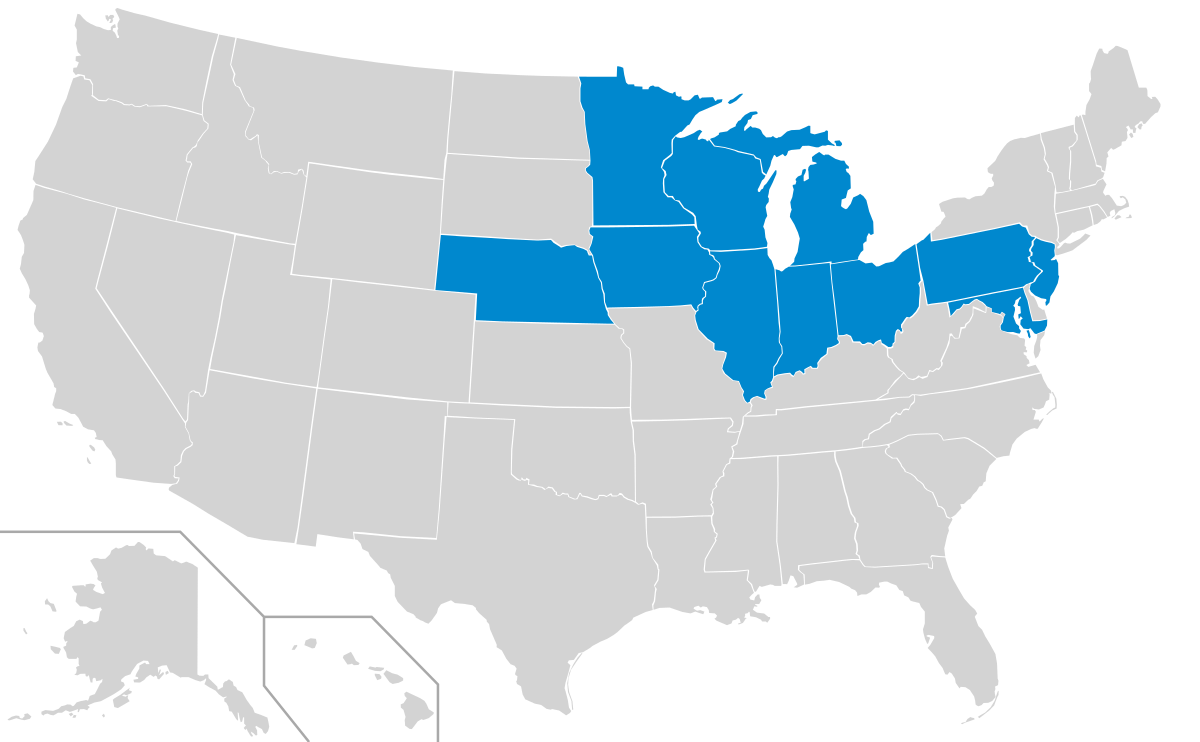 The football conference that became the Big Ten, or the Western Conference, was formed in 1896 by the Universities of Chicago, Illinois, Michigan, Minnesota, and Wisconsin, along with Northwestern and Purdue universities.

Iowa and Indiana joined in 1899 and Ohio State in 1912. The University of Chicago dropped out in 1946 after terminating its football program.

The conference was really “the Big Nine” until Michigan State joined in 1949.

In December 1989, it was announced that Penn State University would become the 11th member, though the conference did not plan to change its name to “the Big Eleven.”