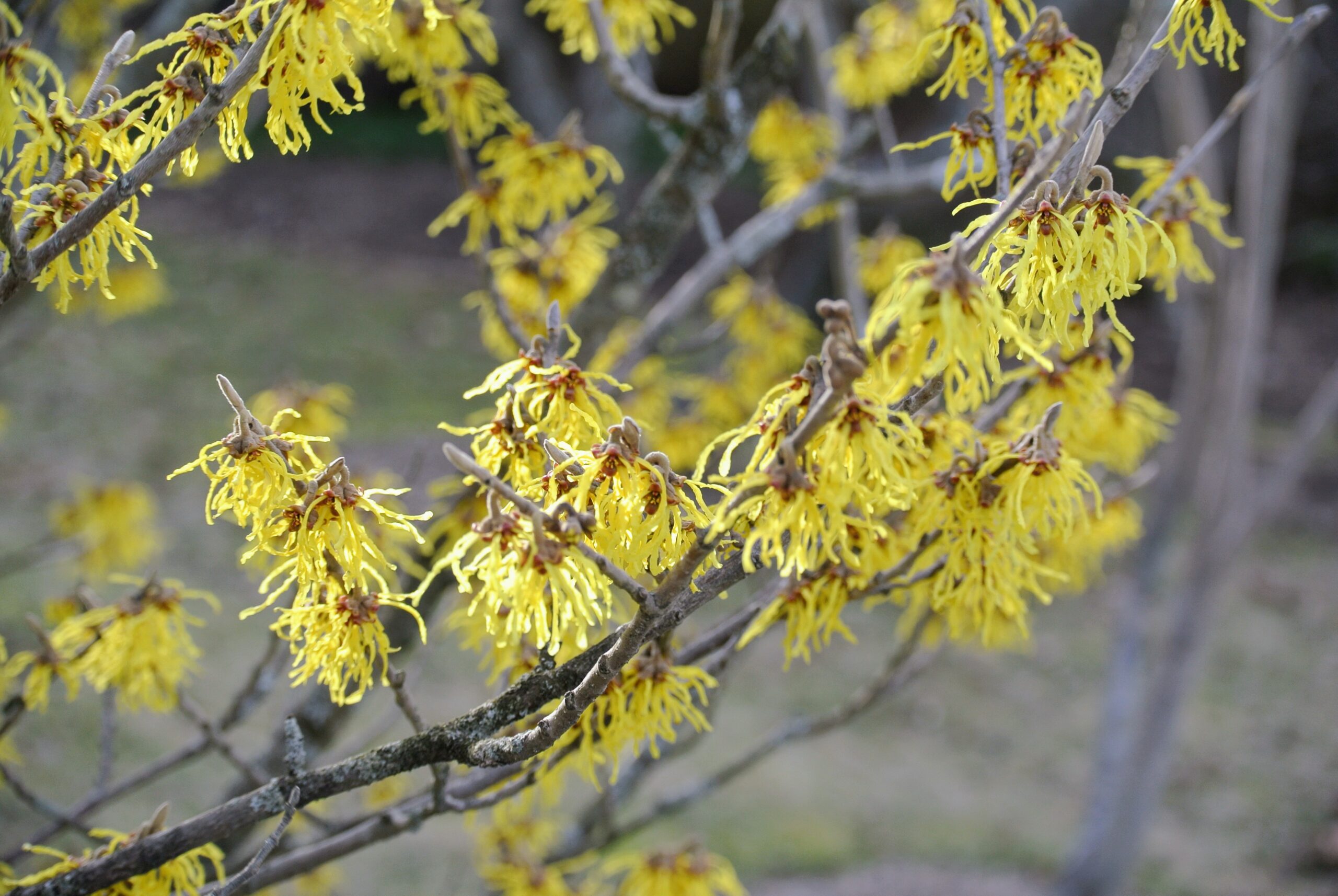 The term witch hazel is the common name for the Hamamelis plant.

The witch of the plant’s name comes from wice, an Anglo-Saxon word for a plant with flexible branches.

It is unclear who first used the leaves and bark of witch hazel in toiletries and tonics.

Some believe it was the Anglo-Saxons; others think the American Indians first explained its medicinal uses to the Pilgrims.