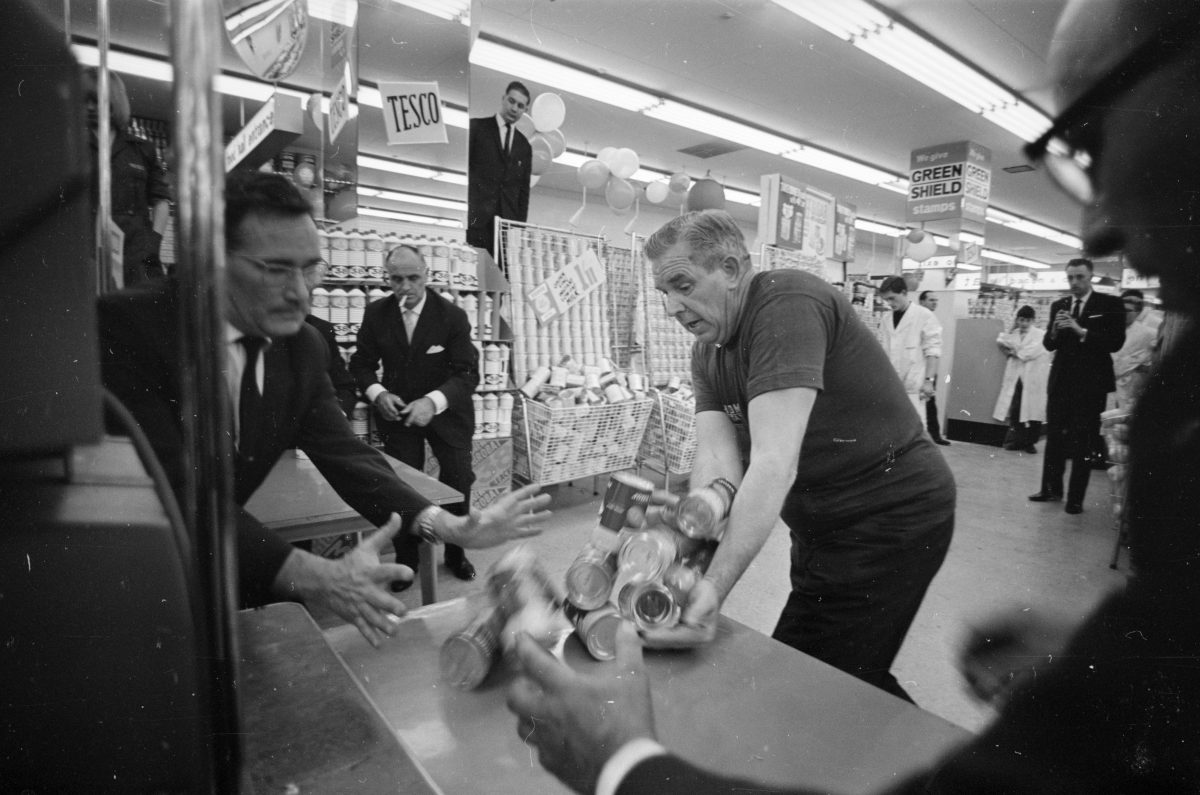 Two self-service stores, precursors to supermarkets, opened in California in 1912.

The Alpha Beta Food Market in Pomona and Ward’s Grocetaria in Ocean Park.

The Piggly-Wiggly stores, which opened in 1916 in Memphis, Tennessee, had self-service and checkout counters but did not call themselves supermarkets.

The word supermarket was not part of a store name until 1933, when the Albers Super Markets opened.