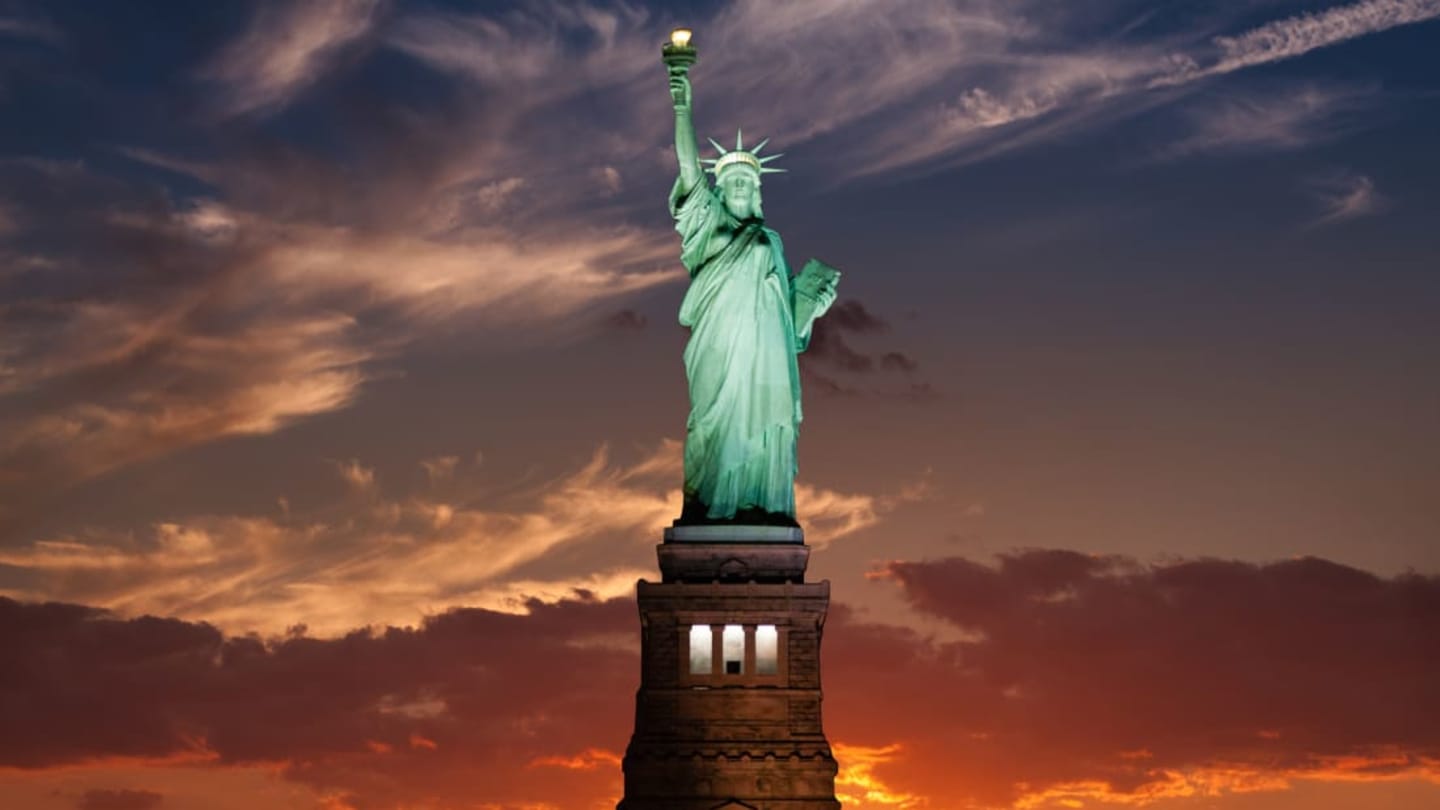 Emma Lazarus (1849-87), a New York Jewish poet, wrote the poem “The New Colossus” with its words, “Give me your tired, your poor/ Your huddled masses yearning to breathe free.”

It was written in honor of the planned Statue of Liberty in 1883, but the poem was not part of the statue when it was unveiled in 1886.

In 1903, an admirer of Lazarus named Georgina Schuyler arranged to have the poem placed on a bronze plaque inside the statue.

Not until 1945 was the plaque moved from the interior of the statue to its main entrance.