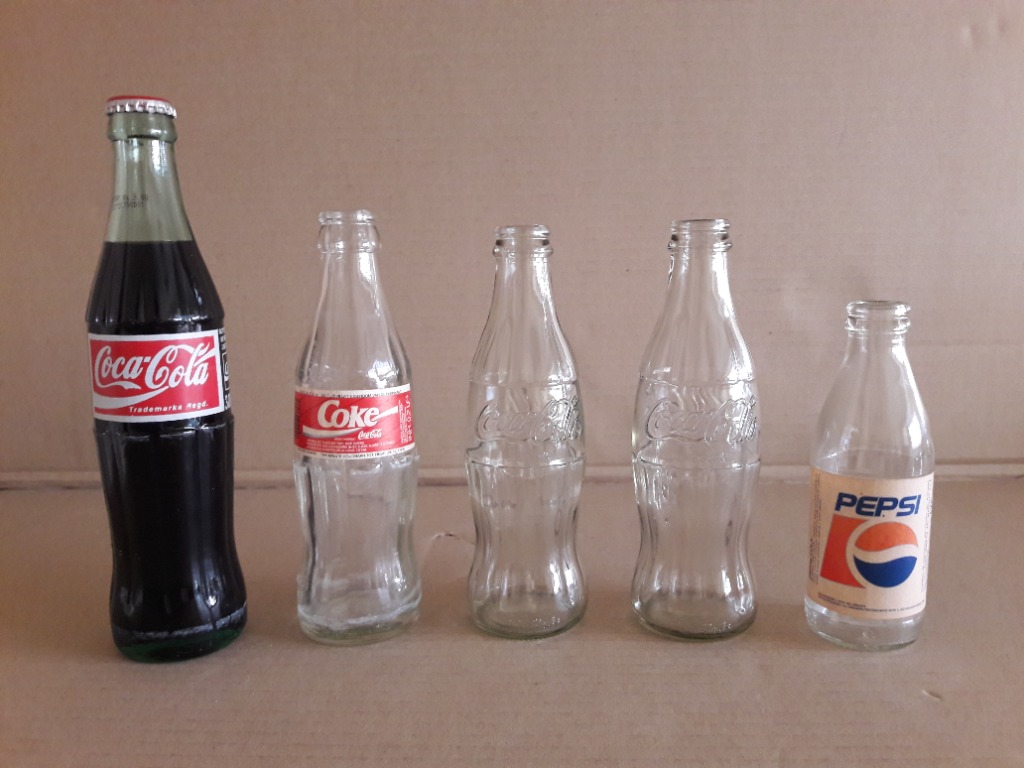 Coca-Cola is older than Pepsi-Cola, by ten years.

For decades, Coca-Cola was sold in a six-and-one-half-ounce bottle.

Depending on the bottler, Pepsi-Cola came in six, six and-one-half, and seven-ounce sizes. Starting in 1934, however, Pepsi was sold in 12-ounce bottles, but for the same price as the smaller Coke, five cents.

The bargain that Pepsi offered was highlighted in a 1939 radio jingle:

“Pepsi-Cola hits the spot/ Twelve full ounces, that’s a lot/ Twice as much for a nickel, too/Pepsi-Cola is the drink for you.”