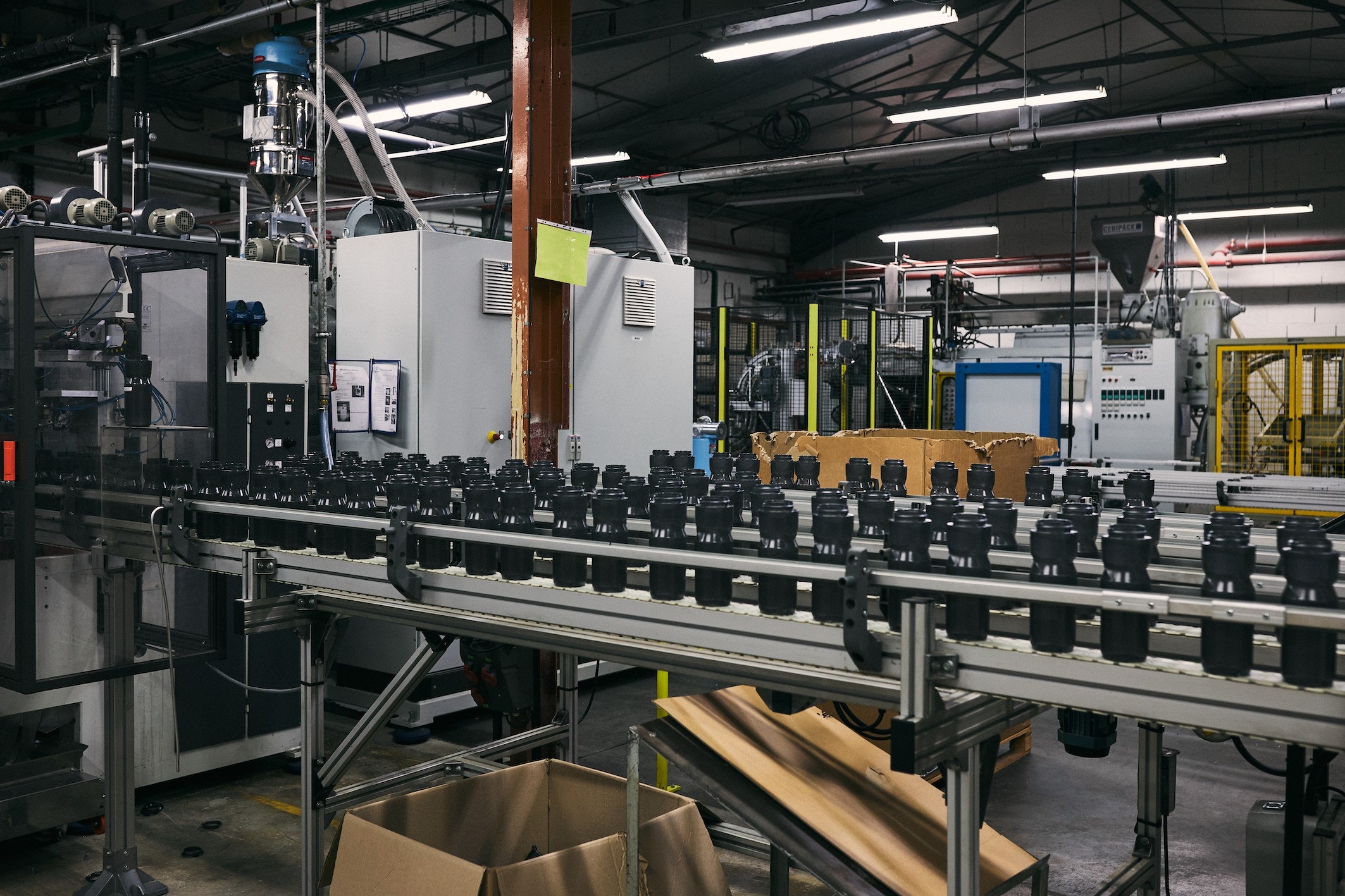 Ransom E. Olds, father of the Oldsmobile, introduced the assembly-line technique to the United States in 1901.

Ford contributed modifications, including the conveyor belt system, which reduced the time it took to build a Model T from 1.5 days to 90 minutes.