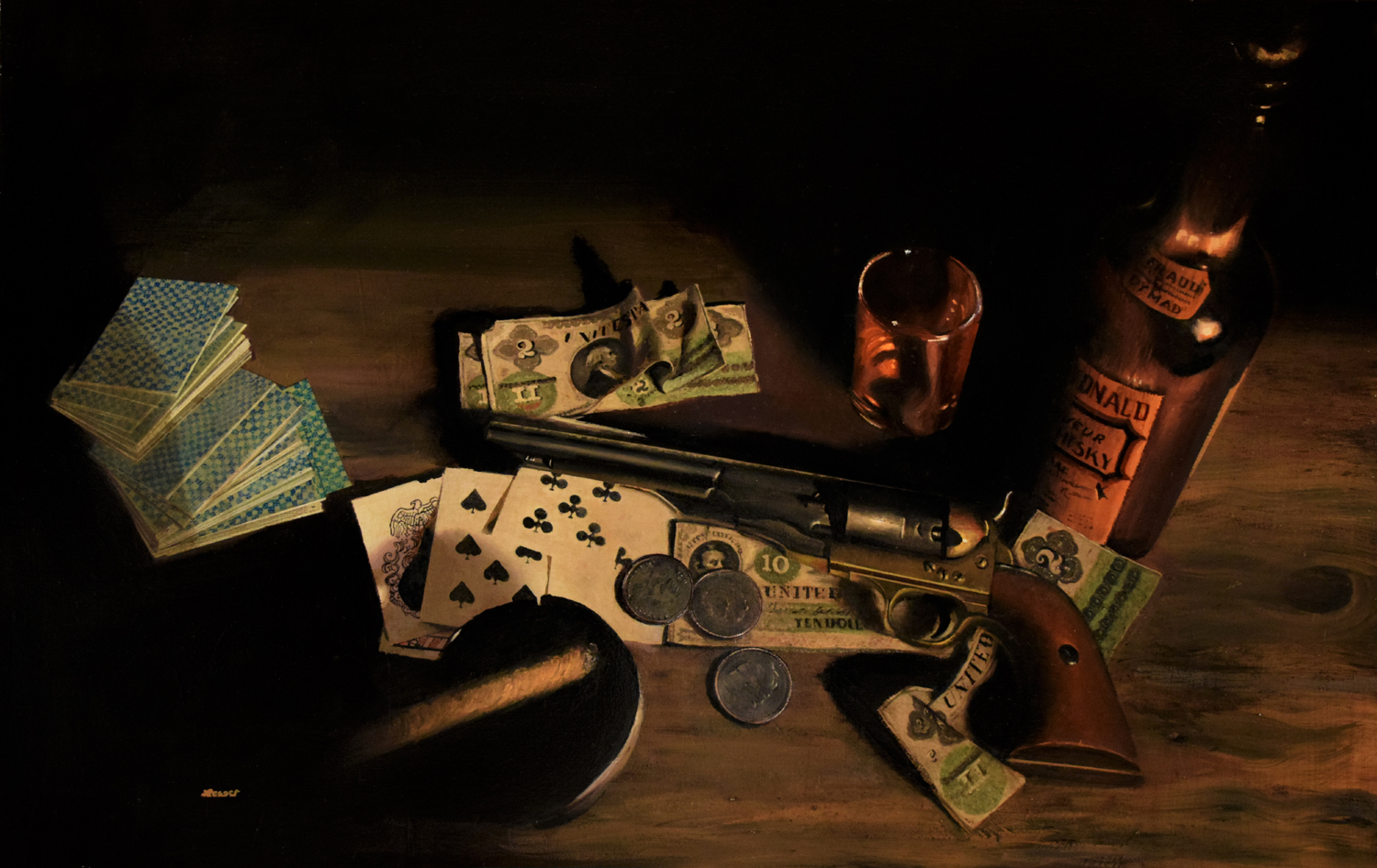 Aces and eights was the hand held by Deputy U.S. Marshal James Butler (“Wild Bill”) Hickok when he was killed.

On August 2, 1876, in a saloon in Deadwood Gulch, Dakota Territory, Hickok was shot in the cheek by fellow poker player Jack McCall.

McCall later said he had killed Hickok for shooting his brother.