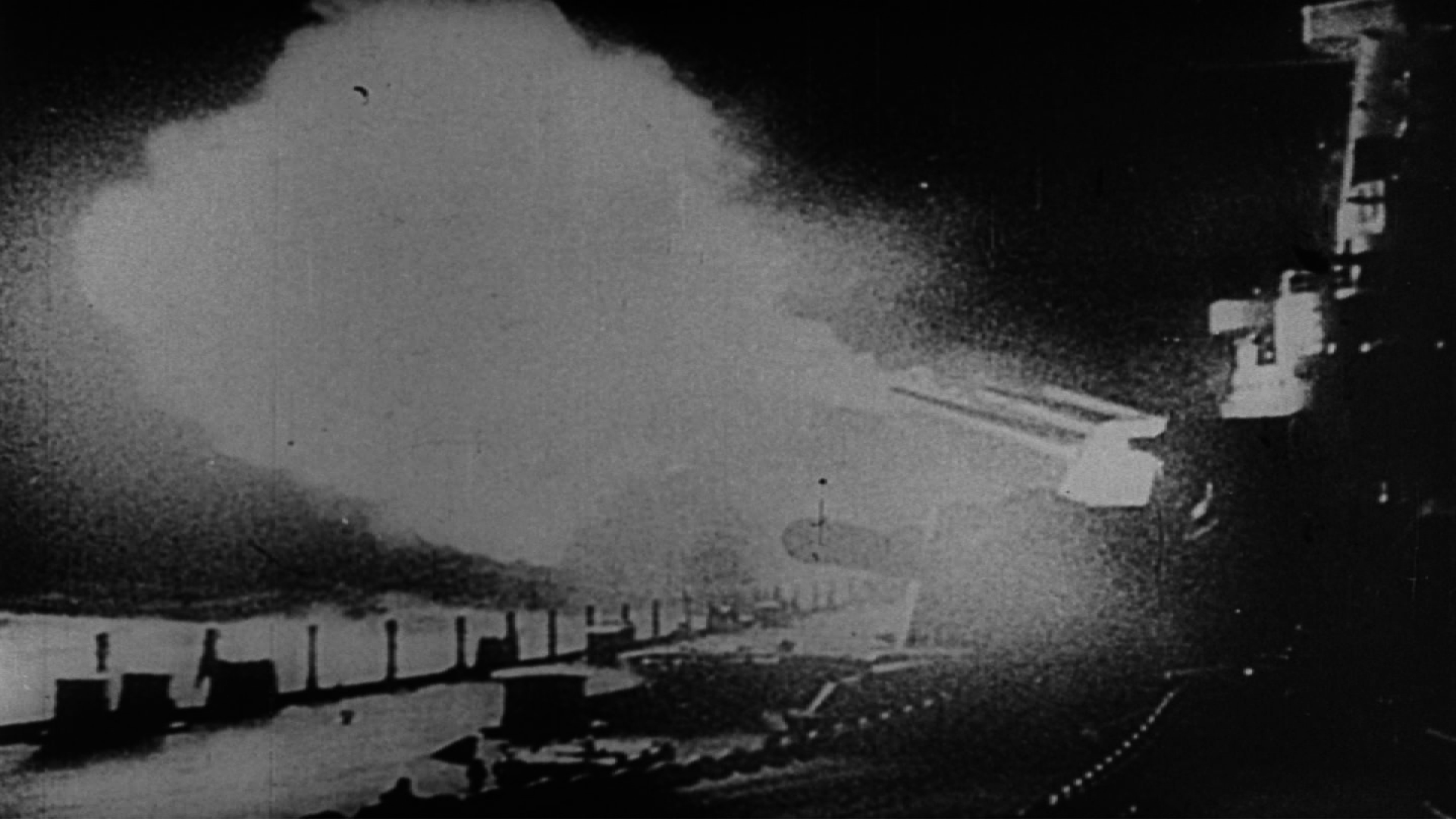 No shells were fired by warships at the Battle of Midway.

The decisive Allied victory on June 4, 1942, was significant in naval history because the two opposing fleets never fired at or even came in view of each other.

The Japanese and American fleets attacked each other with submarines and planes launched from aircraft carriers.

One American carrier, the Yorktown, was lost.