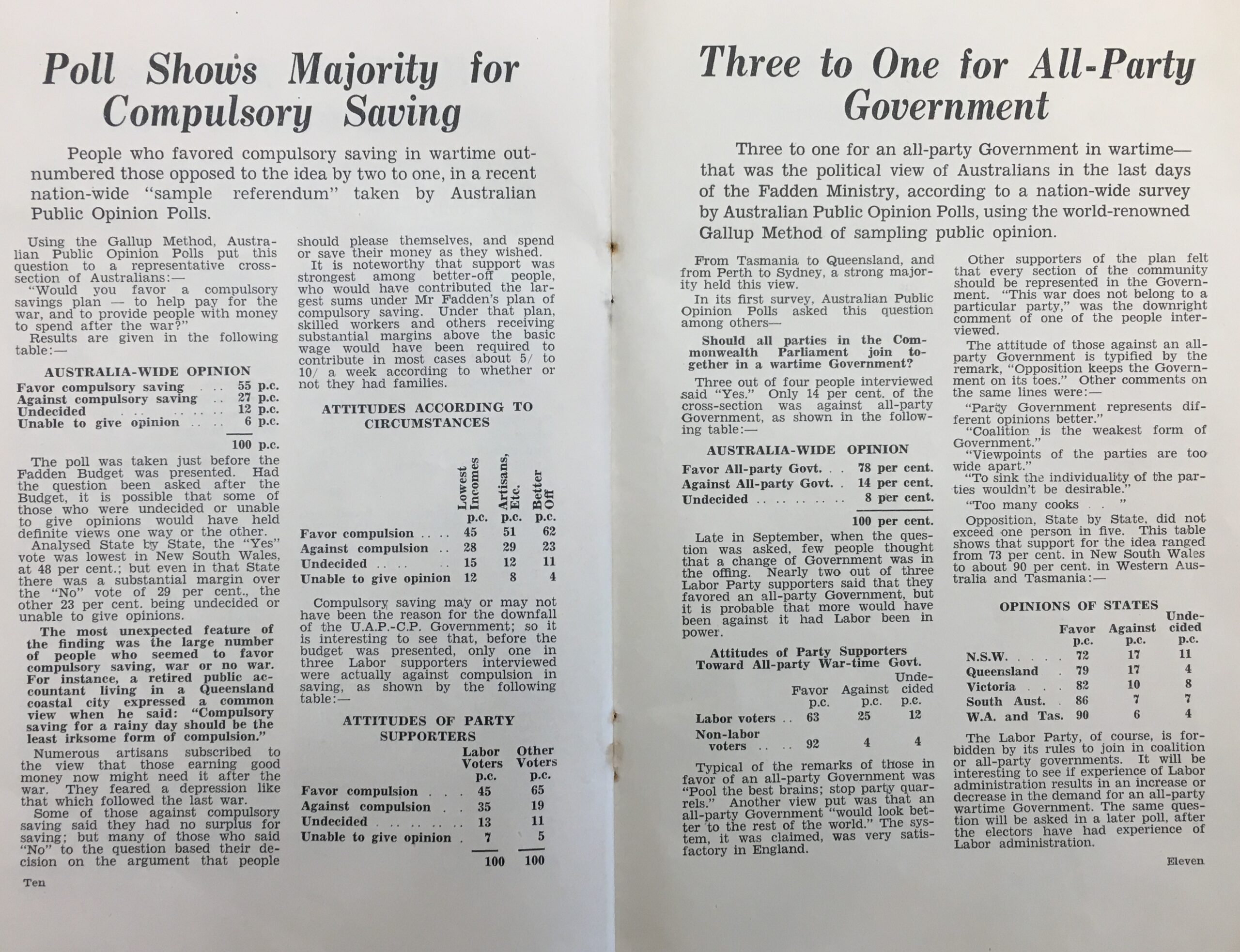 To assess voters’ preferences in the 1824 presidential election, citizens were asked whom they preferred. This was the first public opinion poll. The results, published in the Harrisburg Pennsylvanian on July 24, 1824, gave Andrew Jackson a commanding lead over John Quincy Adams and all others. However, Adams won the election.

The first used-car dealership was the Motor Car Company of London, which opened in September 1897. It offered 17 secondhand vehicles, ranging in price from £30 to £335.

Airplanes were first used by the U.S. armed forces unsuccessfully in 1916 against Pancho Villa in Mexico. In 1917, the First Aero Squadron, the first air unit, fought in World War I.

The first female to hold a post in the U.S. Cabinet was Frances Perkins. She served as Secretary of Labor under Franklin D. Roosevelt from 1933 to 1945.

Cigarette advertising on television and radio was prohibited as of January 2, 1971.

In 1848, the Marble Dry Goods Palace opened on Broadway in New York City. Its proprietor and developer was Alexander Turney Stewart, formerly a schoolmaster in Ireland. By the time of his death in 1876, the blocklong store yielded annual earnings of $70 million.

The first woman to be commemorated on a U.S. postage stamp was the wife of the first president. This did not happen until the twentieth century. In 1901, Martha Washington was commemorated on the 8-cent stamp. In 1918, she was pictured on the 2-cent prepaid postcard; in 1920, on the 4-cent stamp; and in 1938, … Read more

The first line of Birds Eye products was launched in the mid-1920s and named after their inventor, Clarence Birdseye. They included individually packaged boxes of peas, spinach, berries, cherries, fish, and meats. Birdseye had investigated the preservation of foods by ice while on U.S. government surveys of fish and wildlife in Labrador in 1912 and … Read more

The first monopoly in the United States is considered to have been John Jacob Astor’s American Fur Company. The company made him the wealthiest person in the United States. This allowed him to found the Astor Library, one of the cornerstones of the New York Public Library.

On November 2, 1920, the radio station KDKA in East Pittsburgh, Pennsylvania, broadcast for the first time. Its initial newscast reported that Warren Harding had been elected president of the United States.

The first personal ad might well have been a matrimonial advertisement that appeared in a British publication called the Collection for the Improvement of Husbandry and Trade on July 19, 1695. The ad read: A Gentleman about 30 Years of Age, that says he has a Very Good Estate, would willingly Match Himself to some … Read more

A first strike is a massive initial attack intended to destroy all or most of a nation’s strategic nuclear weapons and cripple its ability to retaliate. First use is the initial employment of nuclear weapons in response to a conventional attack.

Meals had long been offered in taverns, cook-shops, and coffeehouses. The first place known as a restaurant was the Champ d’Oiseau, which opened in Paris in 1765. At the entrance was the Latin motto Venite ad me, omn e qui stomacho laboratis, et ego restaurabo vos, or “Come to me, anybody whose stomach groans, and … Read more

The first transatlantic flight was made by Albert C. (“Putty”) Read and crew aboard the Lame Duck, May 16 to 27, 1919. They flew, with stops, from Trespassey Bay, Canada, to Plymouth, England. The first nonstop flight was that of John William Alcock and Arthur Whitten Brown, June 14 to 15, 1919. Charles Lindbergh’s 1927 … Read more

The practice grew out of British common law. Before the Norman invasion, thirteen or fourteen was considered the age of adulthood, at least among the nobility. But during battles, it was observed that thirteen- and fourteen-year-old nobles were not large or strong enough to carry the heavy armor and lance used in fighting. The age … Read more

The Saint Petersburg, Tampa Airboat Line of Saint Petersburg, Florida, began flight operations on January 1, 1914. The twice-a-day service took passengers one at a time across 20-mile-wide Tampa Bay. The complete trip in a Benoit flying boat covered 36 miles and cost $5. The service ran for four months.

The first such house of prostitution on record may have been Ka-Kum. It was located in the city of Erech (or Uruk) in Sumer and dating back to about 3000 B.C. The first brothels in Europe were located in Athens about 600 B.C. These non-profit operations sanctioned by the leader Solon charged men 1 cent … Read more

Silent-picture actress Norma Talmadge (1897-1957) started the tradition when she accidentally stumbled onto a freshly laid cement sidewalk in front of the theater in 1927.

The first spacecraft to land on the moon was Luna 2, launched by the USSR on September 12, 1959. It crash-landed between the craters Archimedes and Autolycus in the Mare Imbrium on September 14. A successful landing was made by Luna 9 on February 3, 1966.

The term witch hazel is the common name for the Hamamelis plant. The witch of the plant’s name comes from wice, an Anglo-Saxon word for a plant with flexible branches. It is unclear who first used the leaves and bark of witch hazel in toiletries and tonics. Some believe it was the Anglo-Saxons; others think … Read more

A first step to joining the French Foreign Legion would be to write to them. The address is: Legion Etrangere, Quartier Vienot, 13400 Aubagne, France.

A 1 carat diamond weighs 200 milligrams, or 3.086 grains troy. The measurement originally represented the weight of a seed of the carob tree.

The first showboat was William Chapman’s Floating Theatre, built at Pittsburgh in 1831. It traveled the system of waterways dominated by the Mississippi and Ohio rivers, bringing entertainment to America’s river frontier. Once the river frontier closed and other entertainments beckoned, showboats declined. The last authentic showboat in operation was the Golden Rod in 1943.

Convicted axe-murderer William Kemmler became the first man to be executed by electrocution on August 6, 1890, at Auburn State Prison, New York. Harold P. Brown had conceived the idea of death by electrocution and conducted the early experiments. Thomas Alva Edison supplied the equipment. According to the official report, the procedure, which had to … Read more

The first skyscraper was the 10-story Home Insurance Company Building in Chicago It was designed by William Le Baron Jenney and completed in 1885. The first tall building to be supported by an internal frame of iron and steel rather than by thick masonry walls, it was demolished in 1931.

Elizabeth P. Hoisington was the first female general in the U.S. armed forces. She was appointed to the post of director of the Women’s Army Corps in June 1970.

On June 26, 1896, the 400-seat Vitascope Hall was opened at the corner of Canal Street and Exchange Place in New Orleans by William T. Rock. For 10 cents, viewers could peer into the projection room; for another 10 cents, they could see the Edison Vitascope projector. A popular film of the time was May … Read more

The first blood bank was not opened until 1940 in New York City. It was designed and operated by American surgeon Richard Charles Drew (1904-1950). He could not contribute blood to the bank because he was black.

Not surprisingly, the world’s best selling cookie is the unassuming Oreo, made by Nabisco Brands. The first Oreo was sold in Hoboken, New Jersey, in 1912. Now, over 6 billion are sold each year, which means that $1 of every American’s $10 in grocery money goes to the cookie.

The Lincoln Highway was the first coast-to-coast paved road in the United States. Opened in 1913, it ran from New York to California.

The first laundromat opened on April 18, 1934. It was the Washateria in Fort Worth, Texas by J. F. Cantrell. It offered four electric washing machines that were rented by the hour.

Hiram Revels (1822-1901) of Mississippi became the first black senator on February 25, 1870. He completed the term begun by Jefferson Davis, who had resigned to become the president of the Confederacy. Aside from Blanche K. Bruce, who represented Mississippi from 1875 to 1881, there were no other black senators until 1966, when Edward Brooke, … Read more

The first stolen car was a Peugeot owned by Baron de Zuylen of France It was stolen in June 1896 by a mechanic from the manufacturer’s plant in Paris, where it had been taken for repairs. 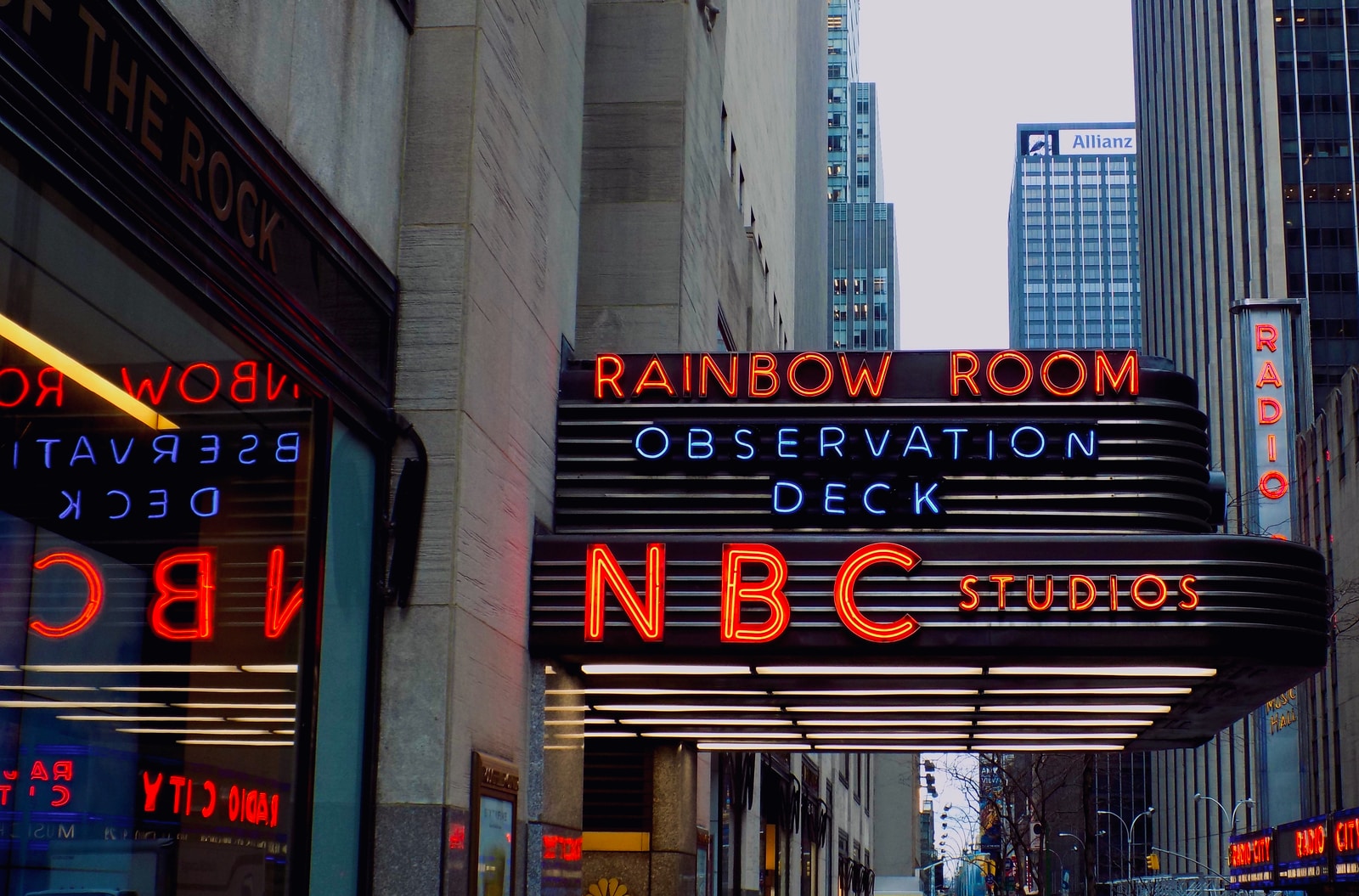 The first news event to be televised was the nomination of Alfred E. Smith for the presidency in Albany, New York, on August 22, 1928. The program was transmitted by Schenectady’s WGY. The first regular news reports were 15-minute daily programs transmitted over New York’s WCBS and WNBT, beginning on July 1, 1941. The First … Read more