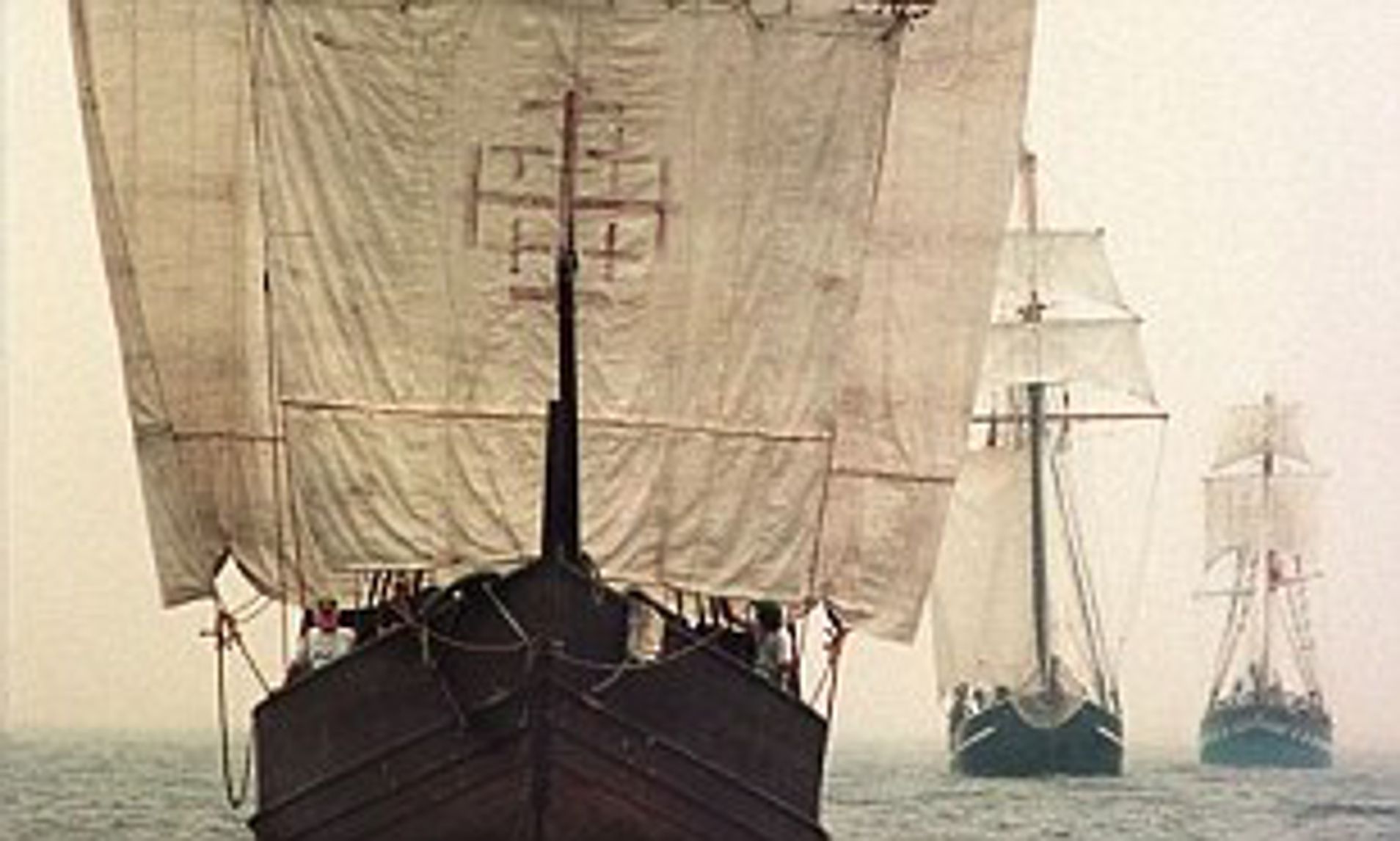 The first American land visited by Columbus was an island in the Bahamas that he named San Salvador.

Historians have disagreed which island this really was.

Wading Island and Samana Cay have both been suggested as possibilities.

The landfall was first spotted on October 12, 1492, at about 2 A.M. by Rodrigo de Triana, the lookout on the Pinta.