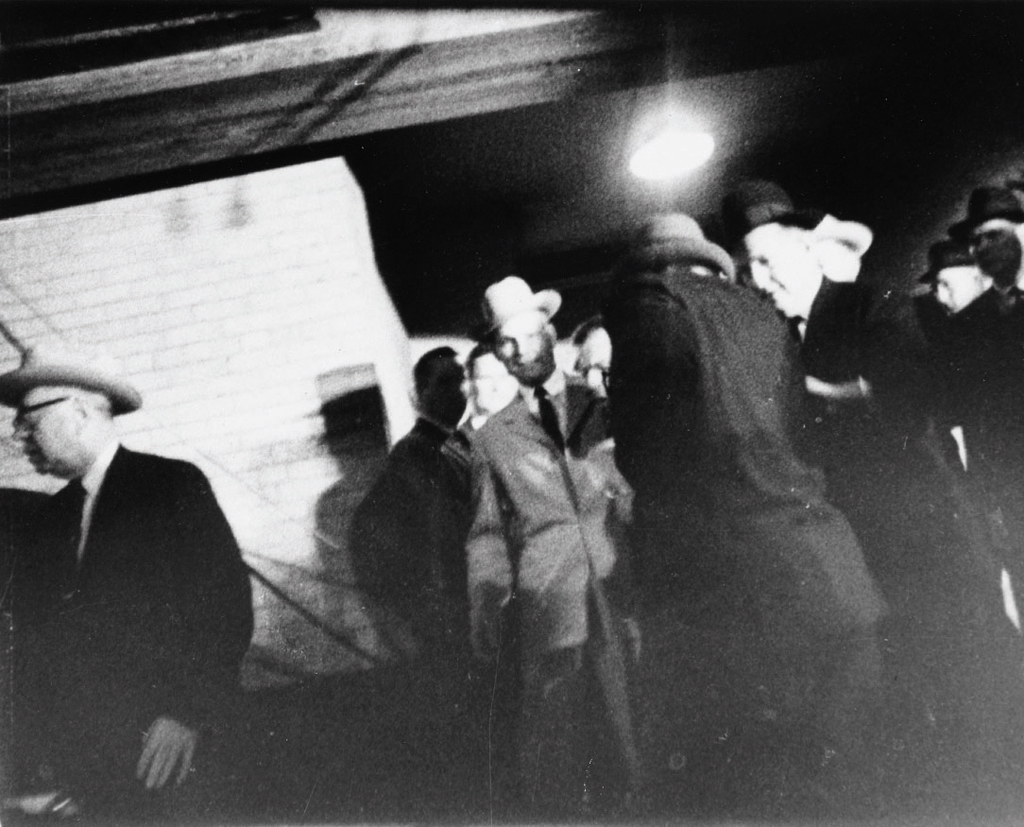 At about 11:20 A.M. (CST), on November 24, 1963, the twenty-four-year-old Oswald was shot by Dallas nightclub operator Jack Ruby (formerly Rubenstein).

Lee Harvey Oswald was shot while he was being transferred from jail to an armored truck.

He was killed by one shot of a .38-caliber snub-nosed revolver.