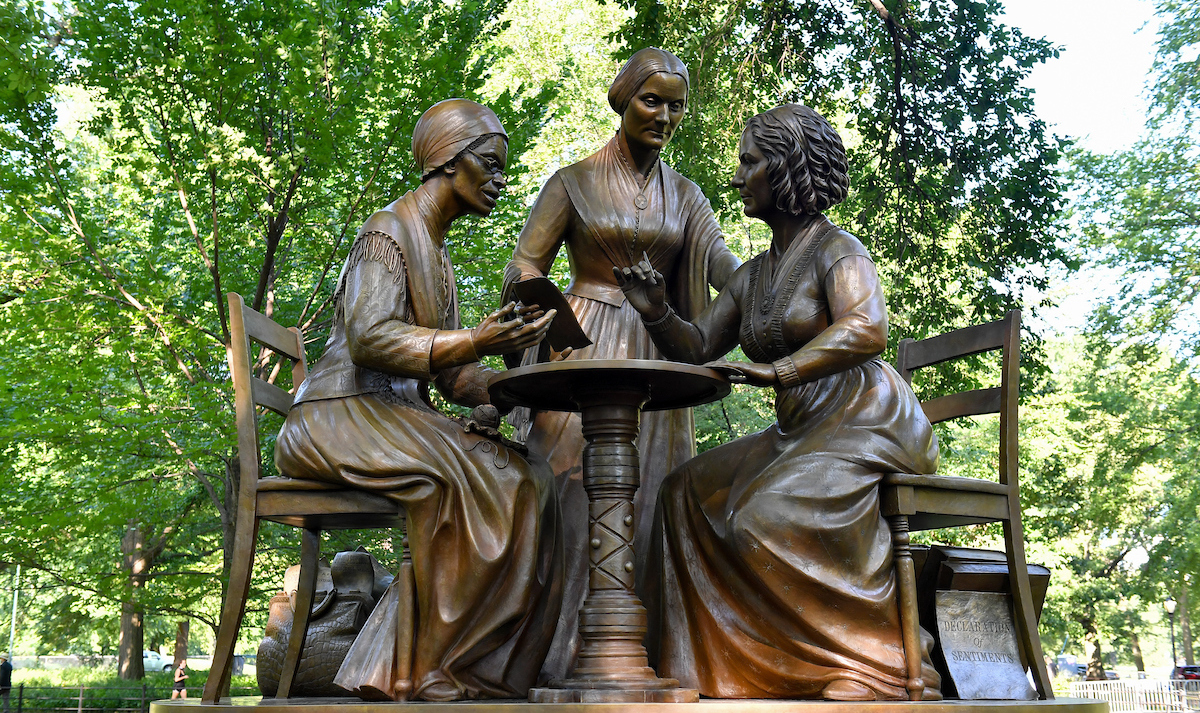 Though born into slavery, Sojourner Truth was born not in the South but in Ulster County, New York, before slavery was abolished in that state in 1827.

After being sold to a master who set her free, she worked as a domestic.

She later became a preacher of Christianity, abolitionism, and women’s rights.