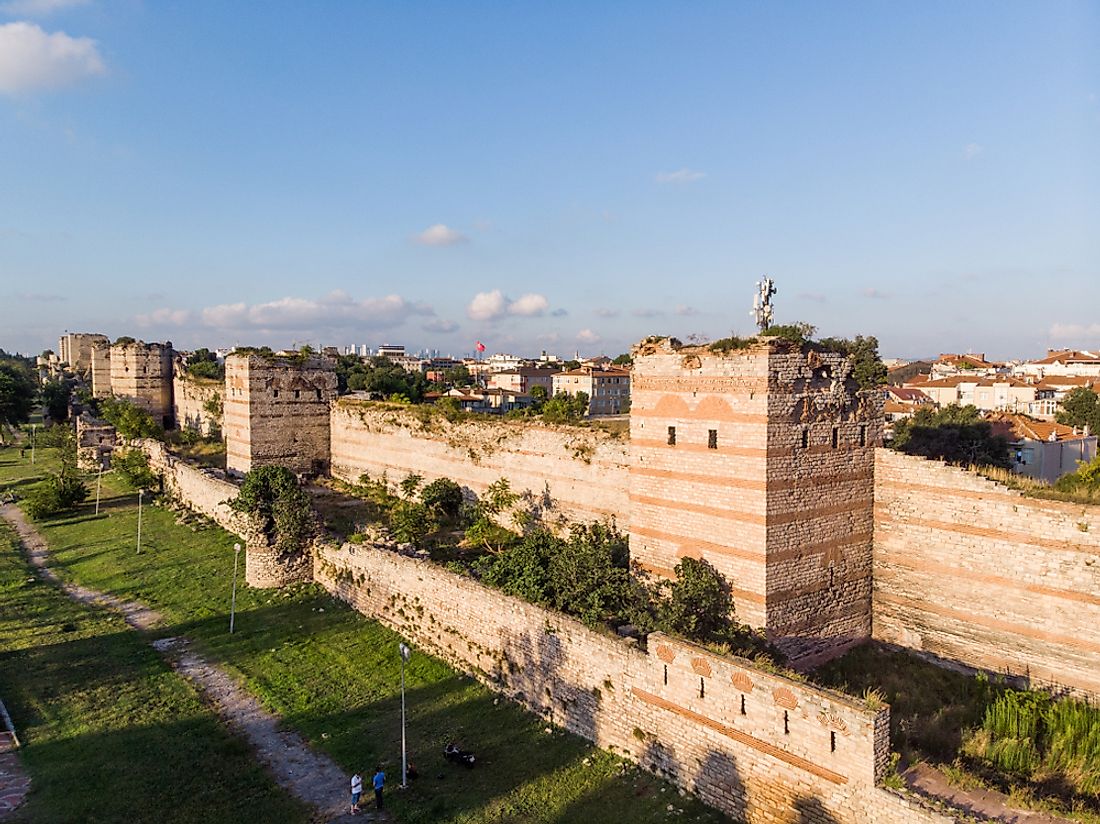 This ancient Greek city called Byzantium was on the shores of the Bosporus.

It was renamed Constantinople when the Emperor Constantine moved the Roman capital there in A.D. 330.

It became the seat of the Byzantine (or Eastern) Roman Empire.

It is now called Instanbul and is one of the most commonly known cities in Turkey.