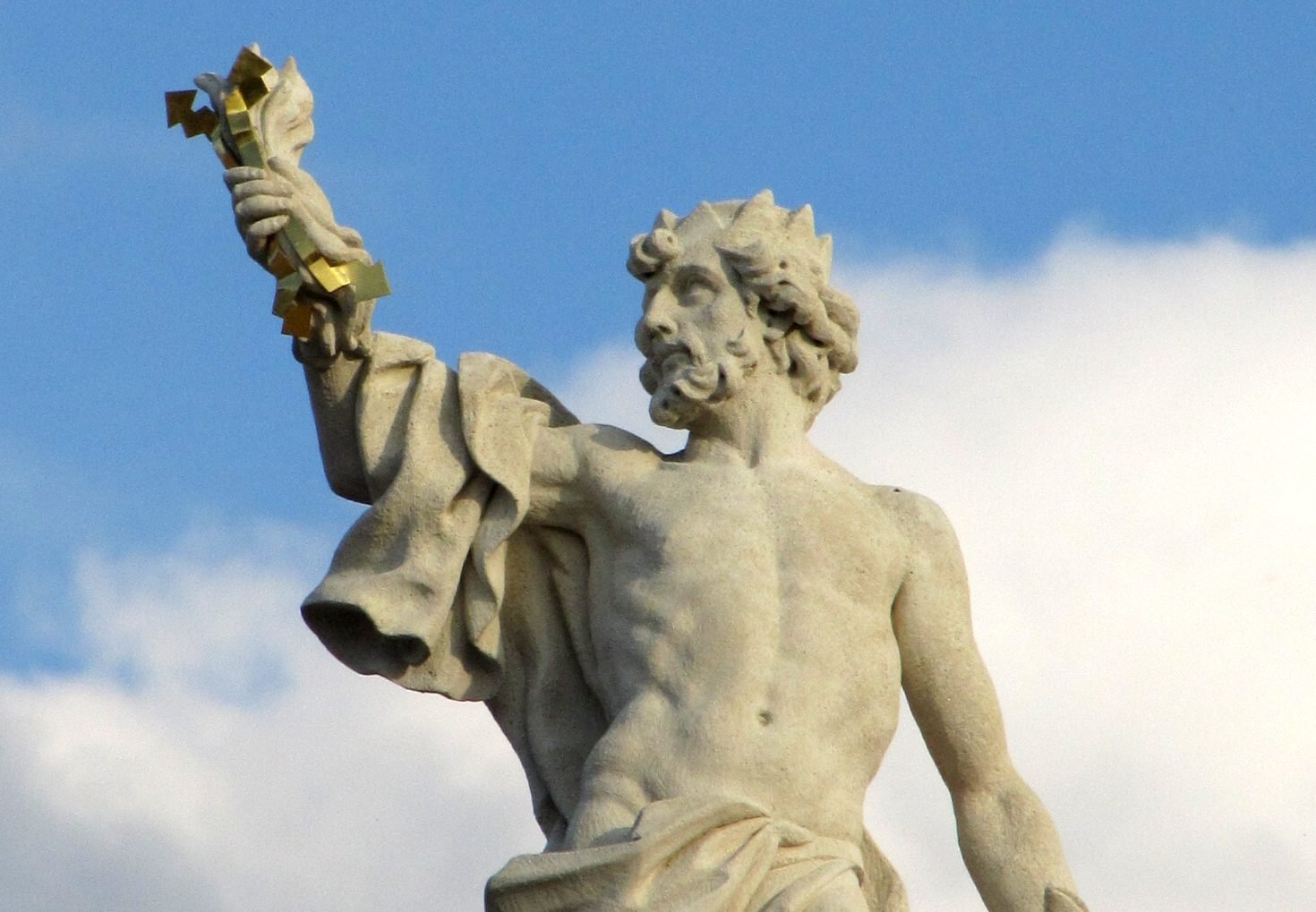 Zeus’s parents were both Titans, children of Uranus (Sky) and Gaea (Earth).

Zeus’s mother was Rhea; his father was Cronus.

Fearing that one of his sons would overthrow him, Cronus swallowed his five other children, but Rhea rescued Zeus and had him raised in secrecy in a cave.

Eventually Zeus tricked Cronus into vomiting up the other children and overthrew the old god.